Bitcoin cash split from bitcoin during the bitcoin bip91 segwit fork split chain, so it came out as a dividend of bitcoin or most likely as the child of bitcoin.

The cryptocurrency rose to a high of $500 when it first got launched but later suffered a massive dive below to about $280, and that made some people start tagging the coin as a failed coin while some called it a scam coin.

Two days ago Bitcoin Cash started reacting and a day later Bitcoin cash got to an all-time high of  $944 according to coinmarketcap nearly getting to $1000 and at $850 at the time of publishing this article. And regaining back its 3rd spot as one of the 3rd most valuable cryptocurrencies. 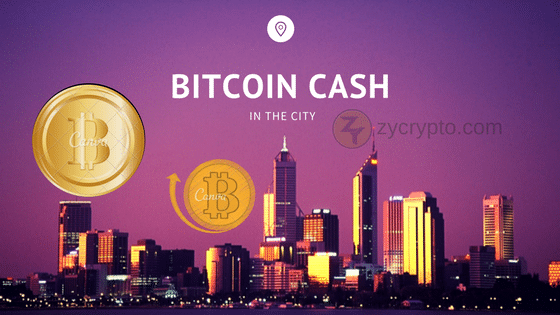 Bitcoin cash had a slight delay in transaction confirmation when it was first tested when it launched which also made some to tag it as a shi*t coin as they say.

Recently Bitcoin transaction fees have been on the high spike as most exchanges and wallets charge up to $5-$15 for the TX fee which is very costly to most users of the cryptocurrency, the first 8MB bitcoin cash was just mined and seems to make the transaction fee for Bitcoin Cash extremely cheap, which is an added advantage of Bitcoin Cash over Bitcoin.

Some miners decided to dedicate some computing power to Bitcoin Cash and found out that it was profitable to mine than the main bitcoin which immediately grabbed the audience of most miners who decided to also key into it, which is speculated to be one of the reasons behind the Bitcoin Cash Price Spike.

B-cash Miners are currently making 119% profit on Bcash : ), which is the first time such thing has happened in the Crypto community since bitcoin`s genesis block was mined back in 2009 with bitcoin core sharing the same hash power thereby giving their miners freedom to move as they please.

According to coinmarketcap Bitcoin Cash`s 24-hour trade volume of nearly $4.4 billion nearly topped bitcoin roughly $3.4 billion and that of Ethereum at $918 million, Korean traders are also buying hard on their exchanges.

Bitcoin Cash might have not yet reached to the heights of Bitcoin, but should make good waves in the crypto community as it has some good potentials that bitcoin lacks.

Is this the End of Cryptocurrency in Russia ?

Update: BTC-E users will be able to withdraw 55% of their funds

Is this the End of Cryptocurrency in Russia ?