Further to their previous statement, Apple has released a statement indicating the stoppage of the sale of their products in Turkey.

Apple’s Turkish storefront is up and running, but the site is not currently accepting orders because of the instability in the country.

A Turkish lira is worth approximately 0.078 U.S. dollars at the moment, and its value has been steadily dropping since last week. Over the course of the past year, the Lira has fallen 45% against the dollar.

It is uncertain when Apple’s operations will resume in Turkey, but the inflation is close to 20% and since Erdogan refuses to raise interest rates, the decline may continue. 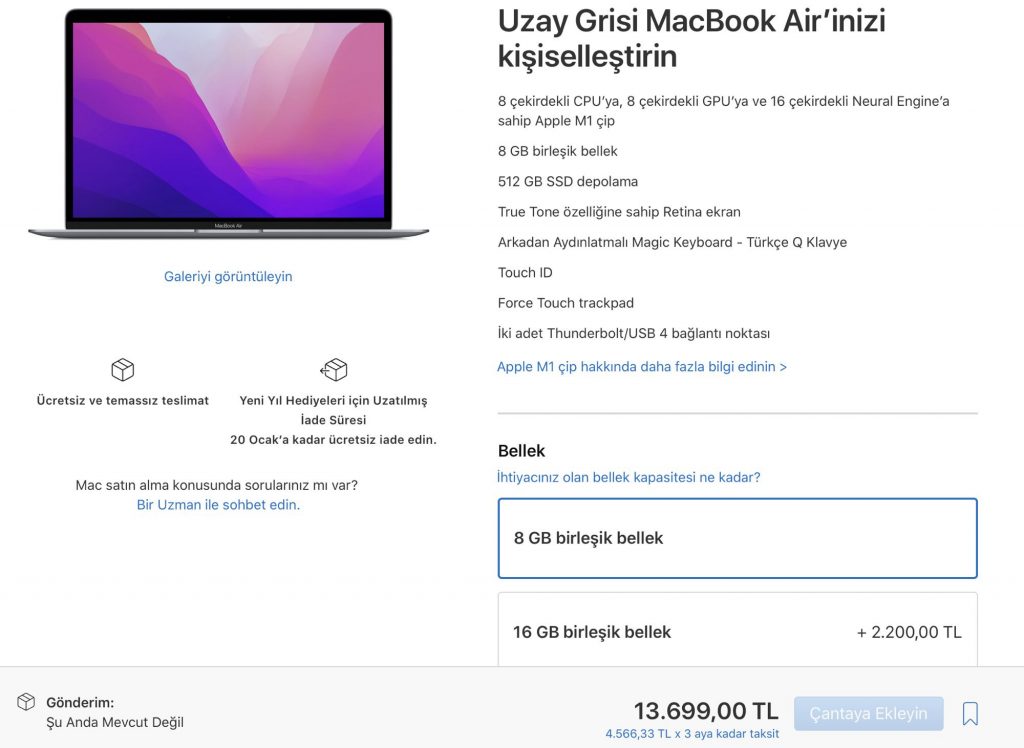